There are two professional Basketball Leagues in the USA, namely the WNBA and the ABL, but once, there was the National Women’s Basketball League –NWBL, which developed from an amateur to a pro league and has occupied American basketball lovers for a decade.

The League served as a great springboard for promoting female basketball players and athletes and draw the attention to many aspiring players. The League often hosted NWBL stars who would join the league during NWBL off-seasons.

The National Women's Basketball League (NWBL) was founded in 1997 and dissolved in 2007. The main purpose of the NWBL the governance of professional basketball leagues for women on the territory of the USA. The League also took care not to overlap with the Women’s National Basketball Association, so it mainly plyyed when the WNBA was off-season. Some of the WNBA would join the National Women's Basketball League, whereas some other players rather opted to play overseas. The League lasted only for a decade before it was dissolved.

The NWBL was a league aimed at amateur basketball playing as opposed to the WBA. The main promoters of female athletes and their careers where Patrick Alexander and Kevin Szotkowski, who started to support women in basketball. The two of them recruited female players by running very progressive campaigns in 1997.

The recruitment process had its difficulties, but still, by December 1997, the NWBL held its first tournament with 4 states who participated. For the following three years, the league rapidly expanded to reach 600 players from 15 states by the year of 2000.

The semi-professional and amateur league, saw its first Pro league season in 2001. The Pro League saw many guest basketball stars who would play for one of the Pro League teams.

The Pro League Teams of NWBL

The first team was Atlanta Justice who played for one year in the Pro League, but are still known as the first NWBL Pro League team. The team also won the first NWBL Championship that year.

Birmingham Power stayed for somewhat longer in the NWBL League, from 2001-2005 and it was also one of the first teams in the NWBL Pro League. Another famous basketball team that is often associated with the NWBL Pro League is Chicago Blaze. This team joined the League in 2002 and remained there until 2005.

The first four teams that joined the league were Atlanta Justice, the Birmingham Power, the Mobile Majesty and the Kansas City Legacy, whereby the Atlanta Justice team secured victory. 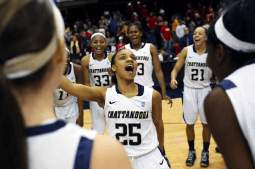 The NWBL hosted a lot of basketball celebrities, season in and season out. Some of the most distinguished names that were seen to join NBLW was Sheryl Swoops. By now, the basketball female player is retired, but was named one of the Top 15 Players Of All Times by the Women's National Basketball Association (WNBA) at the All-Star Game in 2011.

The player has also secured three Olympic gold medals with her team during her career and made the whole USA nation proud. She joined the USA National Team in 1994 when she was selected to play for the 1994 World Championship.

Sue Bird (or Suzanne Brigit) honoured the NWBL League with a visit during a season as well. She plays now for Seattle Storm. Throughout her career, she was accredited with different awards, e.g. Player of the Year, New York, College Player of the Year, etc. Sue Bird went also to the Olympics and did not return empty-handed. She and her team secured the gold medal for four times in a row. She was also part of nine WNBA All-Star teams. In 2001, she got the honor to be voted by fans as one of the Best 15 Players Of All Times.

Tamika Catchings Smith showed her support for the NWBL league by joineing it off-season. This basketball palyer, who si now retired, palyed for one team her entire career, namely the Indiana Fever.this basketball big shot won the WNBA Most Valubale Player Award in 2011, along many other awards like WNBA Championship award in 2012. She was also part of the female team who represented the USA in the Olympics and came back with four gold medals. She was also voted One of the Top 15 Players of All Times by her fans. She was also the President of the WNBA Players Association (2012-2016).

Becky Hammon was also an American sweetheart on the basketball field who is now an assistant coach for the NBA San Antonio Spurs. The American-born player, often played for international teams as well, and in 2008, she gained Russian citizenship and joined the Russian National Team in the 2008 and 2012 Olympics. She made the decision to play for Russia because she had gotten tired to be called for try-outs in the US team, and she wanted to be a part of the Olympics. This action caused a lot of controversy in America by calling Becky unpatriotic.

It is not quite clear why the NWBL fell apart, but some state that the league lacked financial assets to continue supporting the great endeavours, despite that it attracted many teams.